Gardening in whatever space we may have

It's been 6 months since my last post, on New Year's Eve. That post wasn't intended to be my last, but as time went on it seemed like a good way to end my blog. In that post I made a resolution to find a garden. A lot has happened since then, but I'm happy to say that I've found a temporary garden and today, as I planted the last of my veggies, I felt a happiness that only gardening can bring.

The last 6 months have been transformative (sometimes traumatic).

My dad died in late January.

Our newly adopted dog got sick again in February and needed medication for a month. Meanwhile Chris turned 50 and I started a mid-life crisis for him.

In March we sold my house in the woods. The one I had to leave when the recession started and I couldn't afford it. I'd tried to sell it two different times with no luck. An acquaintance came out of the blue wanting a rental for tax purposes and I happily sold it.

Then in April we found a house (with a yard) to rent. Not easy finding a decent house that accepts pets. We signed the contract and would have keys by early May.  Then the moving started and did not end for 6 weeks. Visualize moving from a 3 story townhouse into a 2 story house. I was not physically or mentally prepared for this - and it was my idea.

Finally, in April we had to euthanize my cat, Kabrina, who had been sick for some time. She has been featured in my blog, eating cucumber leaves, supervising plantings etc. She was a good girl - sometimes and I miss her.

During all those months of not blogging and not taking many photos I realized a couple of things:

I like watching a You Tube video more than reading a DIY tutorial in a blog. Learned this last fall when watching 'how to make paper flowers' videos sent by a friend.

I also realized that I missed taking photos, had neglected my Flickr page, and in general had become tired of taking photos only of plants. One of my mid-life topics is to go back to manual photography that I learned as a kid and re-learn it as an adult.

Now, I have been active on my All-Purpose Flower Facebook page, and occasionally on Pinterest. Both were created to tie-in to my blog. I follow so many cool plant sites on both that I'm not going to stop now. 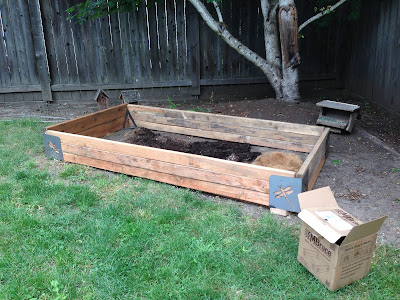 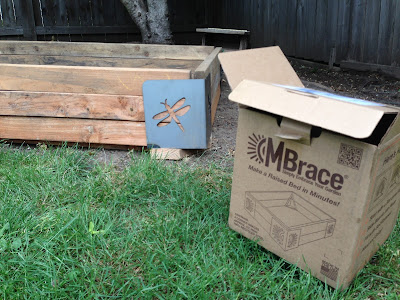 The garden I have today is the result of seeing great ideas on Facebook. I had seen an MBrace raised bed once before, and thought this was a cool idea. I saw them again just before our move into a rental and ordered mine. They send the braces and you buy the lumber sized to suit. This is an easy way for me to set up a raised bed in a temporary location. When we move out we can remove the braces and our lumber leaving some good soil behind.

We are still looking for our "forever home" and garden space ranks high on the priority list, it just may not include a huge plot and a rototiller as I once thought. For now I still have my patio containers and a new raised bed full of veggies, resolution accomplished. 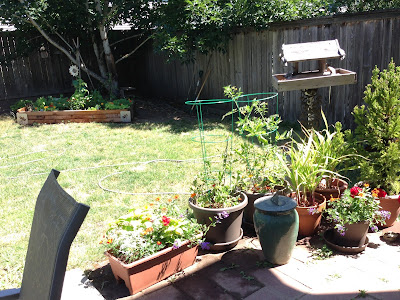 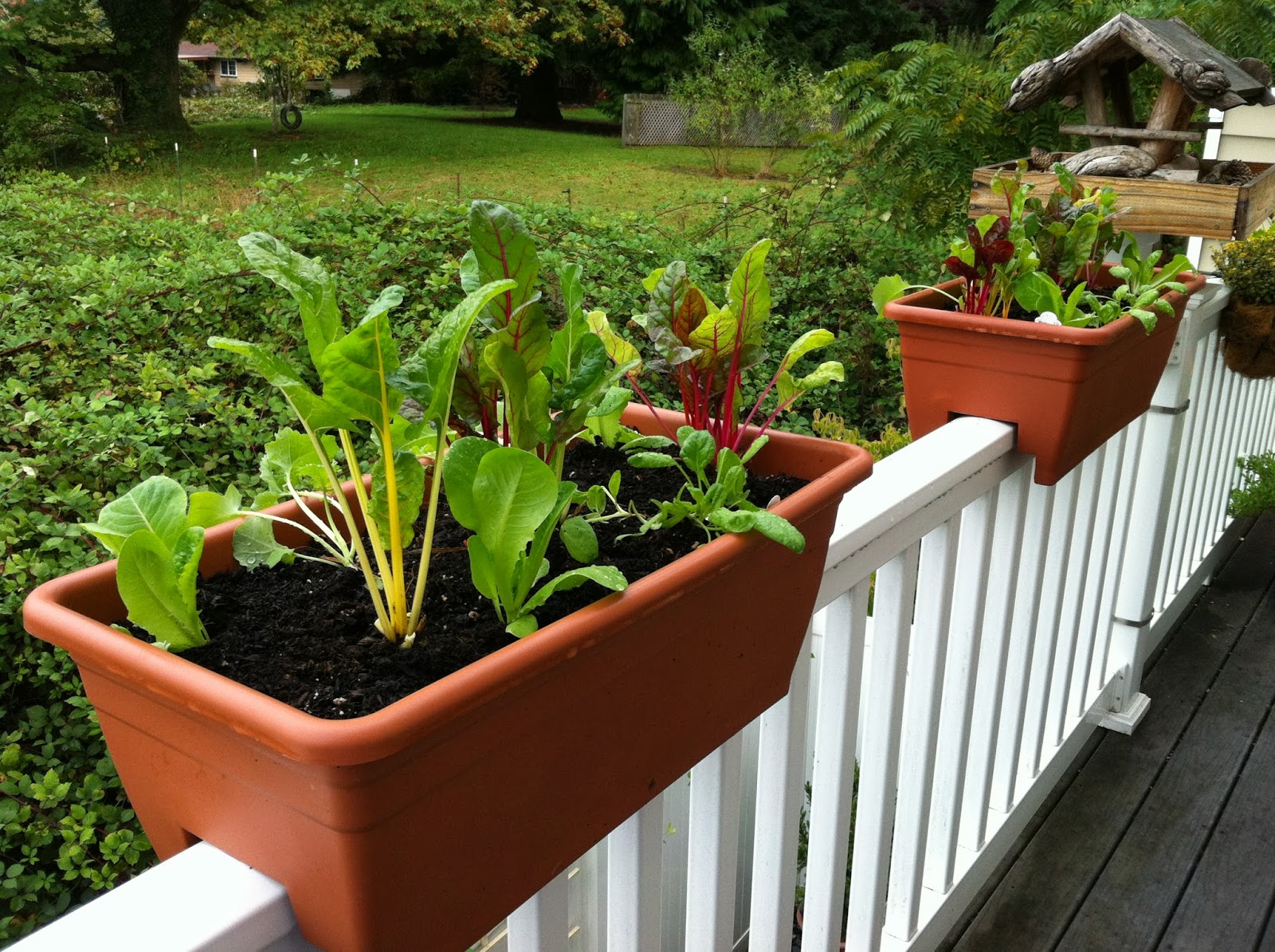 I was looking at Facebook this morning and saw several posts about "Gardening New Year's Resolutions". At first I didn't know what mine would be, then I said, "To find one."

Literally, my garden resolution for 2015 is to find a garden I can work in.

Since starting this blog, I had a plot for 2 years at a community garden and I've tried container gardening on the deck of our townhouse. While I enjoyed the planting, growing and watering, both experiences left me wanting to try something different. (The community garden had a soil related bug infestation, I got tired of fighting it). So, I went back home to try container gardening.

But, last summer I ran into a wall, I had plans for container garden of veggies and flowers on the deck. But discovered that it was no longer as sunny as it had been in the past. Turns out a tree I'd planted had created a shade garden on our deck. The vegetables I planted didn't do so well.

I'd brought an Alder start when I moved here 4 years ago and planted it in the only open spot in the tiny back yard. Now it is almost as tall as our 3 story townhouse and casts shade on most of the back deck both upstairs and below. This is an example of my haphazard gardening methods. Basically, I only plan up to a point, then nature dictates, while I scramble to adapt.

I'm not willing to cut down the tree (yet), so my planting options are very limited. I could plan a shade loving list of veggies. Truth is I've stopped planning. Next year we are going to look for a house with a yard - for me and the dog. That unknown landscape will offer it's own challenges.

I have learned a lot in the last 3 years and I know the direction I want to go: organic gardening, composting, raised beds and a combination of flowers and edibles. Each of these are a result of what I've recently learned through trial and error.

Organic gardening was the method preferred at the community garden, once I caught on I couldn't imagine gardening or growing food any other way. Composting - I just don't have room for here, but wish I did it's a win/win situation.

Raised beds seem the way to go in order to have some control of the soil. And a mix of flowers and edibles, in the past I was content growing annuals and perennial flowers. But after the community garden vegetable bonanza, I want more edibles and year-round, and space to plant them.


Perhaps "adapt" might  be my new word for 2015. I only realized recently that I needed a new word for 2015 and now it's here. Last year my word was "Gratitude", I knew that I had to make a spot for it here on my blog or I would abandon it. Here, on my last post for 2014, is my last Gratitude post.

I know that what people say about gratitude seems to be at work for me.
Focusing on what makes me happy, who is in my life, and all the odds and ends, have resulted in a true sense of abundance in my life.
I am grateful for the big things and the little.

I spent most of 2014 preoccupied with planning for our wedding in November. The other preoccupation has been my dad's health. Diagnosed with Leukemia in January, he made it to our wedding and has plans for New Year's Day. I wrote a post about him last January, you can read it here. Before his illness he read my blog first thing, and in doing so became my 'biggest fan'. He has been quite stoic during this long illness, and because he would never say it, I will.
It sucks.
I am grateful for my family, for each person doing the best they could. 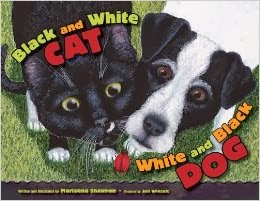 Last year my friend published her first book and I posted about it here.
It's called Black and White Cat, White and Black Dog, by Marlaena Shannon.

This book is filled with her vibrant illustrations and the story is actually based on two of her (many) pets. She just received a shipment of the book in it's second printing.

If you are looking for a simple gift, even a stocking stuffer, you can order the soft cover from Amazon.com for about $10. A hard cover book is also available .

I have a link to her book on Amazon in the right sidebar of this blog,
it's there year-round if you want to find it later.

Here's the link, take a quick look and I imagine you will think of one person who would like this book, especially pet lovers.

If it doesn't work for your gift list, then consider asking your local library to get it. 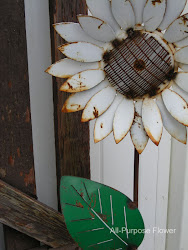 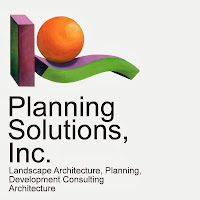 Val
I have lived in the Pacific Northwest most of my life. I've lived in downtown Portland, the suburbs, the woods, and currently in a townhouse with a "back yard" about 5' deep. For the last 13 years I have been a computer drafter for a small landscape architecture company. I am interested in: Rain gardens, community gardening, year-round color, container vegetables, native plants that require less water, and small space gardening. Use of vertical space and repurposed elements are not just trends, but have emerged out of necessity. I want to explore the creative ways we can garden in whatever space we may have. 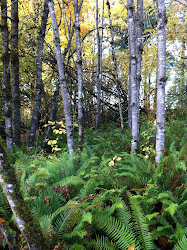 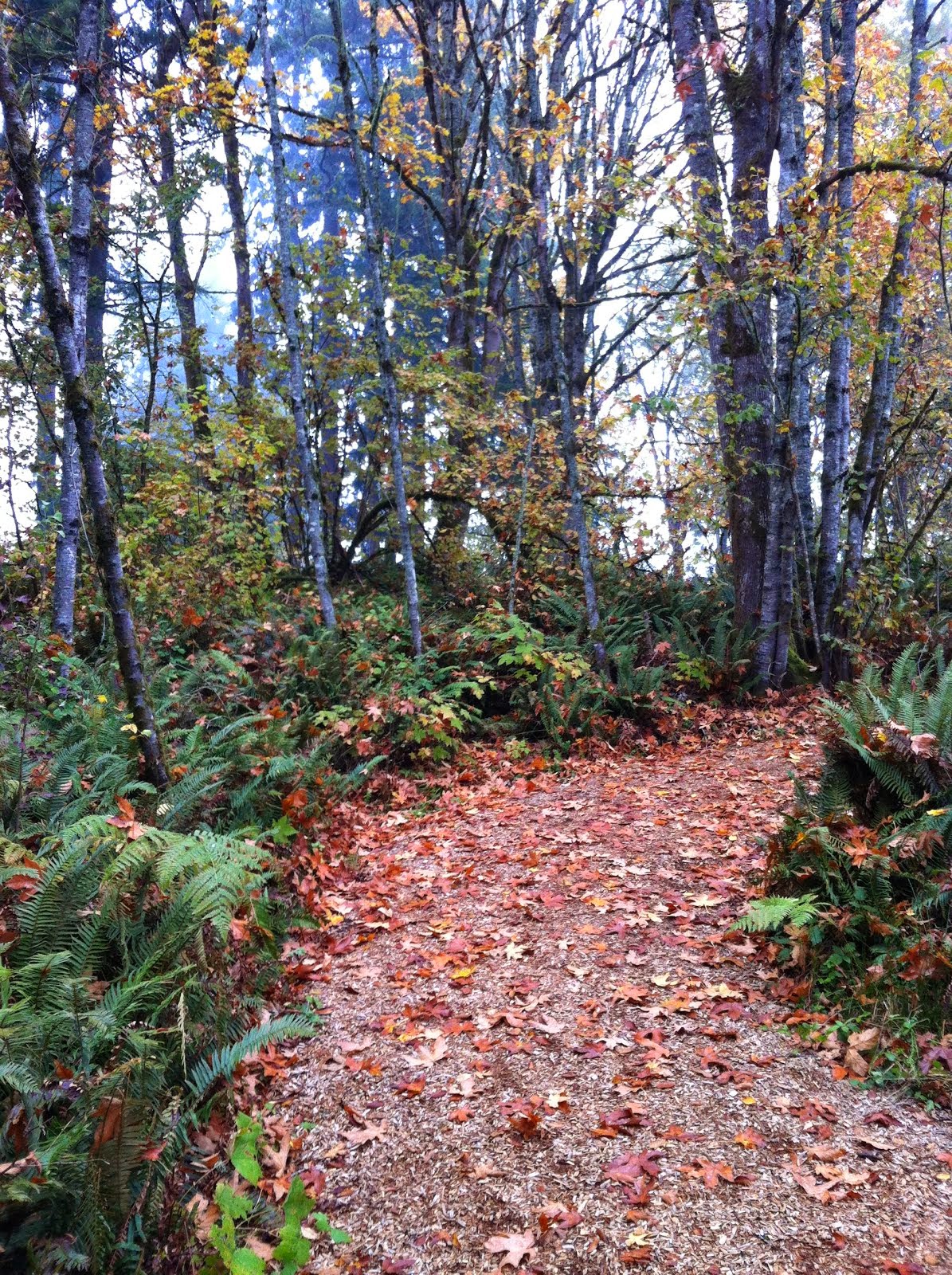 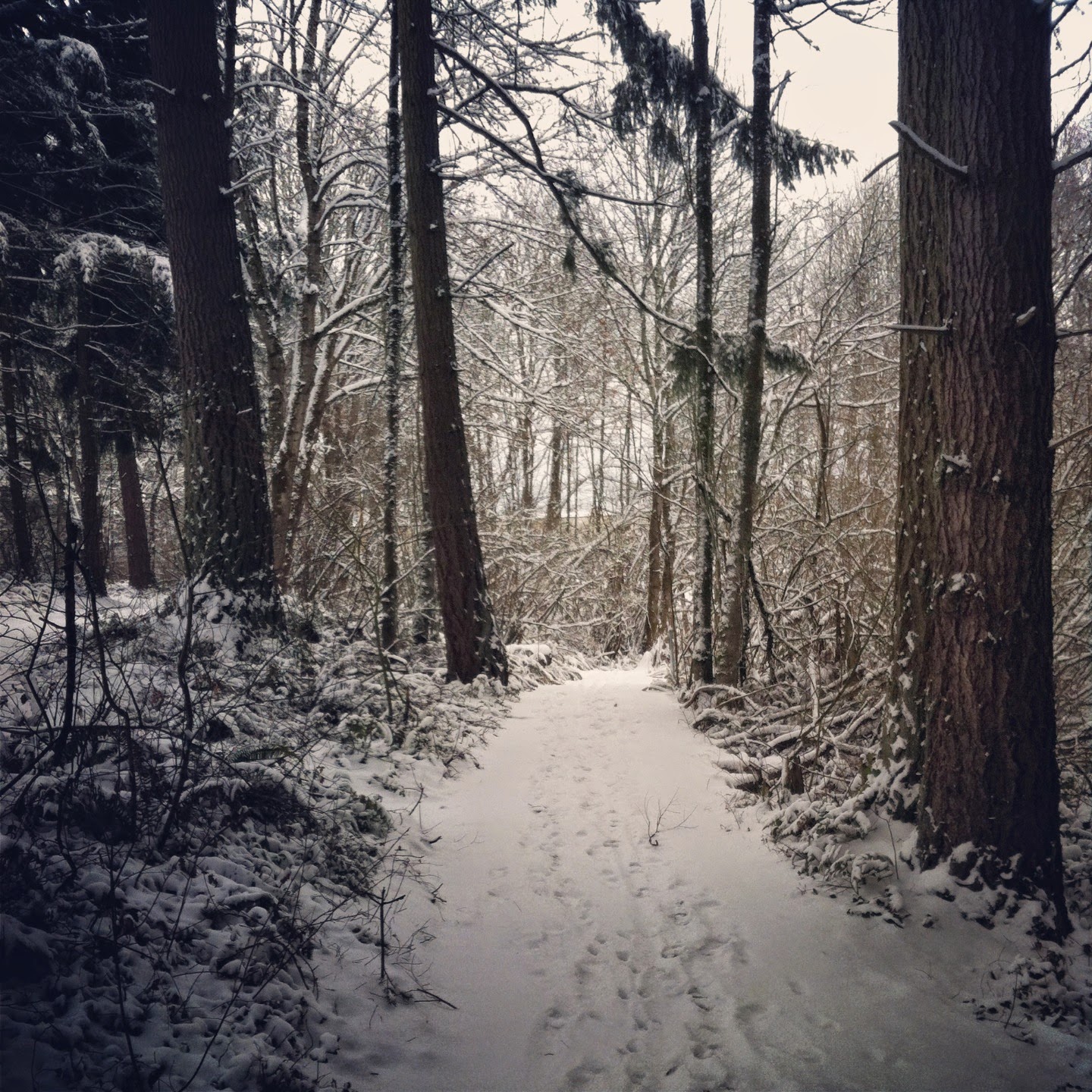 Let us be grateful to people who make us happy; they are the charming gardeners who make our souls blossom.